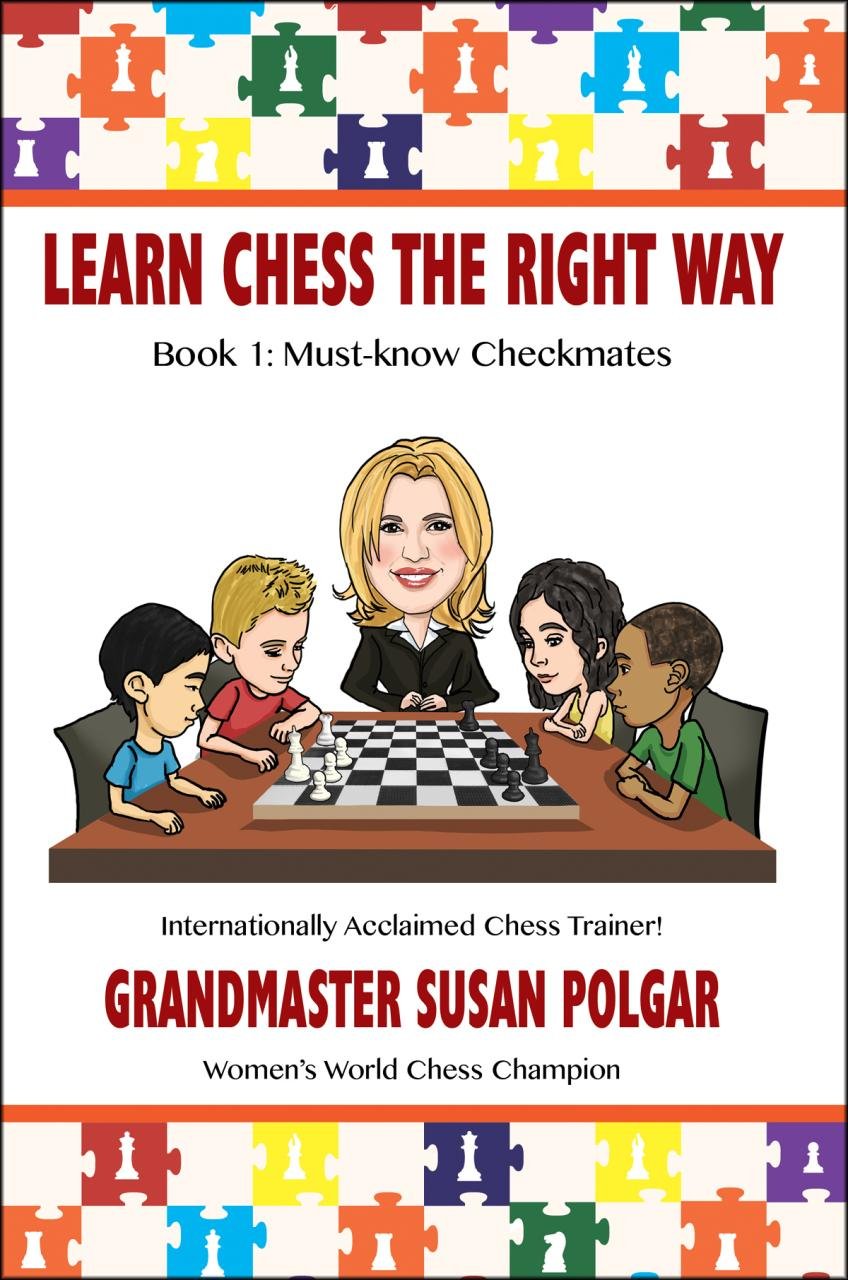 The Polgar Way to Better Chess!

Learn Chess the Right Way is a five-volume chess puzzle book series aimed at the novice, beginner and intermediate level player, using the unique methods of the award-winning coach and former world champion Susan Polgar. It introduces the most important checkmate and material-winning tactics, as well as defensive techniques to the new chess player. Each of the five volumes will consist of 500 puzzles.

In Book 1, the focus is on one-move checkmate exercises. In each of the first five chapters, a specific piece delivers checkmate (in Chapter 1: the queen, Chapter 2: the rook, and so on). In Chapters 6-8, checkmates which involve special tactics (such as pins, discovered attacks, etc.) are introduced. Chapter 9 has a mixed collection of puzzles, without any hint about which piece is to deliver checkmate. Chapter 10 builds on the previous 9 chapters, and introduces basic patterns of checkmate in two moves.

SUSAN POLGAR is a winner of four Women’s World Championships and the top-ranked woman chess player in the United States. She became the #1 woman player in the world at 15 and remained in the top 3 for over 20 years. In 2013, she received the U.S. Coach of the Year Award and the following year, she was named the Chess Trainer of the Year by the International Chess Federation (FIDE). She thus became the first person in history to be accorded both honors. Under her guidance, SPICE chess teams at both Texas Tech University and Webster University have won a combined five consecutive National Division I Collegiate Chess Championships.

Michael Richards’ Chess Story – What do you think?

Black has tried to Create a long term advantage of a 3 to 2 queen side pawn majority. How should his insolence be punished?

Dear chessplayers of reddit, I need your help! Chesspiece redesign.

How do you handle losing in chess?